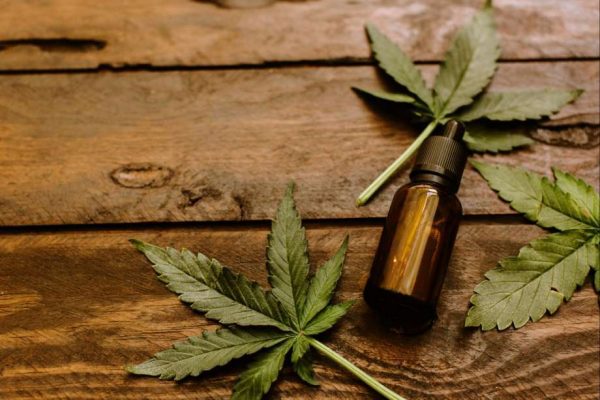 This article was originally published on The Organic Prepper and was republished here with permission.

By now, you have surely heard about CBD, and you might be wondering if all the hype is justified. Exactly what is this hugely popular product? Does it actually work? What does it work for? Will it get me high?

The truth is that cannabidiol – commonly known as “CBD” – really is a unique substance. Success stories (anecdotal evidence) and a growing body of research prove the skyrocketing popularity of CBD is indeed well-deserved.

While people (and their animal companions) are finding CBD provides them with relief for a wide range of ailments including arthritis, chronic pain, gastrointestinal problems, and sleep troubles, one area in which CBD shows incredible promise is in the management of anxiety.

Before we talk about how CBD can provide anxiety relief, here’s a brief overview of what CBD is and how it works:

In other words, CBD is thought to ease anxiety by helping the body process serotonin, a hormone and neurotransmitter that plays a role in regulating emotions. The process by which this occurs is thought to be similar to that of serotonin reuptake inhibitors (SSRI), a class of anxiety and depression medications – but without the risks associated with those prescription drugs.

Here’s what research on CBD for anxiety has revealed.

CBD appears to reduce anxiety in social anxiety disorder, which seems to be related to its effects on activity in limbic and paralimbic brain areas, according to a study published in 2010.

Research published in 2014 found that CBD had anti-anxiety and antidepressant effects in an animal model. Here’s a bit more detail about that study, from Project CBD:

Jose Alexandre Crippa and his colleagues at the University of San Paulo in Brazil and King’s College in London have conducted pioneering research into CBD and the neural correlates of anxiety. At high concentrations, CBD directly activates the 5-HT1A (hydroxytryptamine) serotonin receptor, thereby conferring an anti-anxiety effect. This G-coupled protein receptor is implicated in a range of biological and neurological processes, including (but not limited to) anxiety, addiction, appetite, sleep, pain perception, nausea and vomiting.

5-HT1A is a member of the family of 5-HT receptors, which are activated by the neurotransmitter serotonin. Found in both the central and peripheral nervous systems, 5-HT receptors trigger various intracellular cascades of chemical messages to produce either an excitatory or inhibitory response, depending on the chemical context of the message. (source)

A 2016 case study found that CBD could reduce symptoms of post-traumatic stress disorder (PTSD) and anxiety-provoked sleep disorder in a child with a history of trauma. Researchers found that cannabidiol reduced the child’s anxiety and helped her sleep.

In a case series of 72 psychiatric outpatients, CBD (with most patients taking 25 mg per day) improved anxiety scores rapidly in 79.2% of patients, with the effect typically lasting over the course of three months. In addition, sleep scores improved within the first month in 66.7% of patients but fluctuated over time.

The only CBD products we use are from Organica Naturals. You can get all different types of CBD there in many different strengths.

If you can’t stomach the taste of CBD oil, give this a read: How to Use CBD Oil When You Absolutely HATE the Taste.