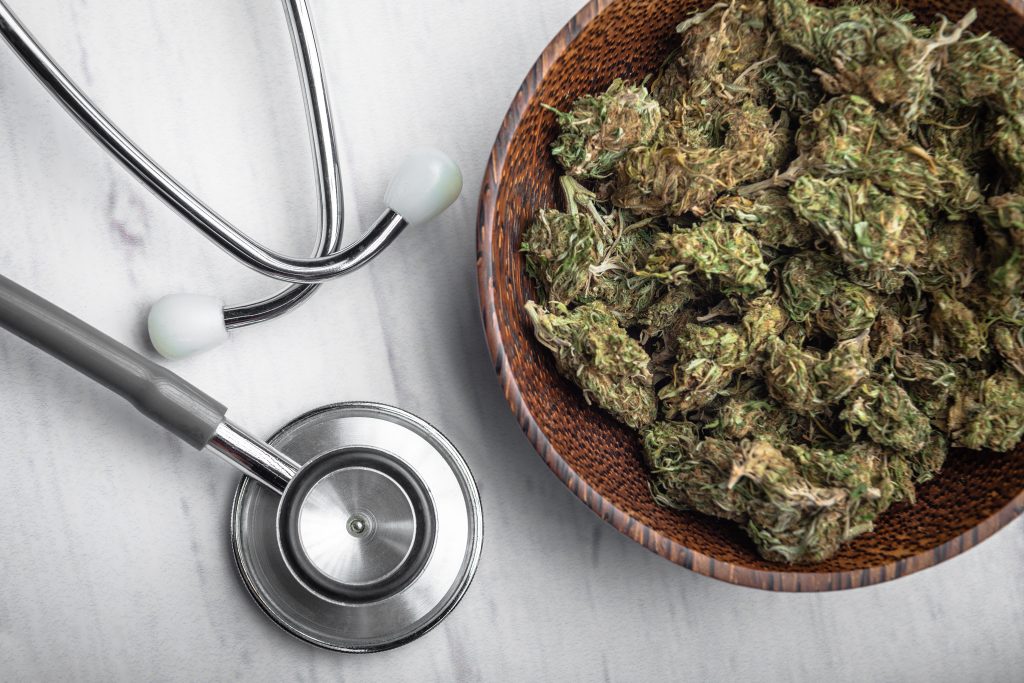 In case you don’t know much about CBD and how it works, here’s a summary:

The list of conditions CBD has been shown to benefit is extensive and continues to grow as more research is conducted. Here are five of them.

Alzheimer’s disease is a progressive disease that causes problems with memory, thinking, and behavior. In the early stages, someone with Alzheimer’s disease may notice mild confusion and difficulty remembering. Eventually, people with the disease may even forget important people in their lives and undergo dramatic personality changes.

While the greatest known risk factor for Alzheimer’s is increasing age, it is not a normal part of aging.

According to Dementia Central:

There are three ways which CBD can work to improve health outcomes for persons with dementia; by reducing inflammation, by reducing oxygen build up, and by working as a brain stimulant and neuroprotectant. From a user’s perspective, CBD may reduce stress and anxiety in the individual with dementia as well as reduce the decline of memory and other brain functions. (source)

To view a list of links to studies on CBD and Alzheimer’s, please click here: Alzheimer’s Disease

Depression is a mood disorder that causes a persistent feeling of sadness and loss of interest. It can disrupt every aspect of the sufferer’s life, making eating, sleeping and everyday functioning very difficult. Depression is not the same as being a little sad over a specific incident – the feelings associated with depression are persistent and chronic.

Research has shown that CBD has the ability to act on the brain’s receptors for serotonin, a neurotransmitter that regulates mood and social behavior.

CBD has demonstrated antidepressant-like effects in several animal studies, including two conducted in 2009 and 2012.

While studying the modulation of the serotonin system through endocannabinoid signaling in 2011, researchers found evidence that endocannabinoids are important regulators of stress responses.

In an article titled Depression and Cannabis, Dr. Stacey Kerr explains that “a dysregulated endocannabinoid system is implicated in clinical depression”:

A 2014 study concluded that “preclinical data … has shown that elevated endocannabinoid signaling is able to produce behavioral and biochemical effects as [well as] conventional antidepressant treatment, and that many antidepressants alter endogenous cannabinoid tone.”

There is potential, but as with many areas of cannabis science, more research needs to be done.

Regardless of the research, some patients certainly claim cannabis is effective as an antidepressant. These patients admit that it helps them cope with life stressors and will sometimes allow them to see things in a more positive state of mind. (source)

Arthritis is the leading cause of disability in the United States, affecting over 50 million Americans.

Several studies in animals suggest that CBD could help treat arthritis and relieve the associated pain.

One study found that CBD reduced inflammatory pain in rats by affecting the way that pain receptors respond to stimuli.

In 2014, a research review summarized the results of studies that support CBD as an effective treatment for osteoarthritis.

Applying CBD to the skin (topical use) has the potential to relieve pain and inflammation associated with arthritis, according to a 2016 study.

A 2017 study found that CBD can prevent the later development of pain and nerve damage in osteoarthritic joints.

If you’d like to read about my personal experience with CBD for psoriatic arthritis, here’s my story: I Tried CBD Oil For My Psoriatic Arthritis. Here’s What Happened.

A growing body of research shows promise for the use of CBD in chronic pain management.

Chronic pain is defined as any pain that lasts at least 12 weeks. Acute pain is a normal response to injury and is short-lived, but chronic pain is very different because it persists – often for months or even longer.

Sometimes chronic pain is caused by an initial injury, such as a back sprain or an accident. In others, there may be an underlying cause, such as illness or underlying disease. And, in some cases, there may be no clear cause. Unfortunately, chronic pain often brings with it other health problems, including fatigue, trouble sleeping, decreased appetite, and changes in mood.

A recent study in rats found that CBD injections reduced pain response to surgical incision. In another study, rats with sciatic pain that were given oral CBD had significantly reduced neuropathic and inflammatory pain.

A 2008 review of studies conducted between the late 1980s and 2007 assessed how well CBD works to relieve chronic pain. Researchers concluded CBD was effective in overall pain management without adverse side effects. Some of those studies also showed that CBD was beneficial in treating insomnia related to chronic pain. (source)

To see a list of links to studies on CBD for chronic pain, please click here: Chronic Pain