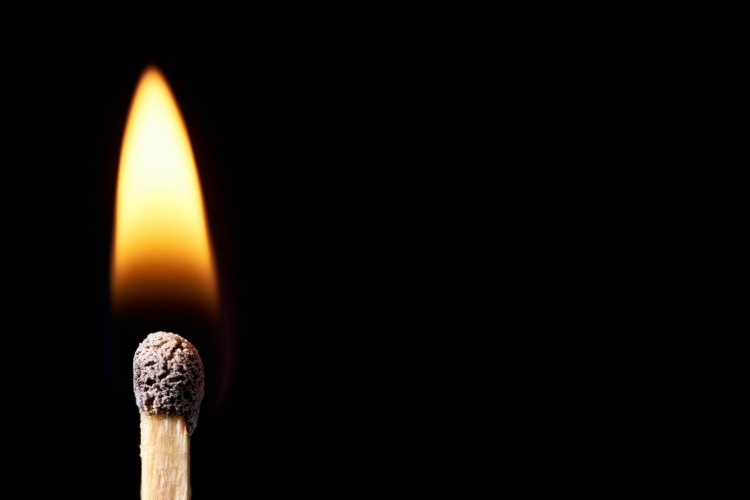 Suffering from chronic pain, inflammation, and fatigue is no way to live.

It can make even the most simple day-to-day tasks become an agonizing experience.

The pain-free life you once knew feels like a distant memory.

You wonder if you will ever feel normal again.

I know, because I experienced it first hand.

I’m sharing my personal story in the hopes that my experience may help those of you (or your loved ones) who are suffering find a solution.

Prior to 2012, the only ailment I had was occasional migraines. I never experienced any aches or pains, despite being quite serious about regular heavy weight lifting.

But that year, I started to experience unusual fatigue and mild joint pain. I attributed it to aging and my intense gym sessions. I figured that my symptoms were signs that I needed to get better sleep and and train a bit less.

I decided to reduce my workout frequency and intensity, and put some genuine effort into getting better quality sleep.

After a few weeks without improvement, I asked my doctor for something to help me sleep, because the exhaustion was really impairing my ability to function. He gave me a prescription for trazadone, and while it helped a bit, my energy levels still didn’t return to where they were a month or two prior.

My physician then decided to test me for an autoimmune disorder, because my biological mother (I was adopted as an infant) had lupus, and he thought my symptoms could be an early sign. After three rounds of blood tests, the only thing that came up abnormal was an antinuclear antibody (ANA) test. My result was “high positive,” I was told.

In case you are not familiar with ANA testing, here’s some information about it from the Cleveland Clinic:

An antibody is a protein made by white blood cells. Antibodies help defend against invaders (for example, viruses) that cause disease or infection in the body. An antinuclear antibody (ANA) is an antibody that mistakenly binds to healthy cells normally present in the body. If there are enough ANAs present, this can be a laboratory sign that the immune system is attacking or causing harm to the body. This is known as an autoimmune disorder. Autoimmune disorders can cause inflammation (swelling) and disease, such as arthritis. ANAs are usually found in people who have autoimmune conditions such as systemic lupus erythematosus. They may also be seen in other autoimmune diseases, such as mixed connective tissue disease, Sjogren’s syndrome, dermatomyositis, polymyositis, scleroderma, Raynaud’s disease, and juvenile idiopathic arthritis.

My doctor recommended that I see a rheumatologist for further investigation, but I started to feel better and figured I was fine.

And I was fine…for a while.

Or so I thought.

It wasn’t until early 2016 that I started to experience signs of trouble again.

Around March of that year, I developed severe fatigue and joint pain that was far worse than what I’d experienced in 2012.  It will pass again with some time, like it did four years ago, I thought. I just need to be patient and ride it out.

But this time, I had no such luck.

By the end of May, I had significant swelling, stiffness, and pain in the metacarpophalangeal joint (MP joint) of my right hand. The MP joint (or knuckle) is where the finger bones meet the hand bones.

The pain was relentless. Everyday tasks became arduous. I couldn’t even open jars – this was quite humbling for a person who only a month prior was able to deadlift 230 pounds. My workouts were a thing of the past. I could barely grasp a pen – picking up a barbell was out of the question.

I wondered if I’d ever feel like my old self again.

For comparison, here’s what my left hand (which was not inflamed) looked like:

I did some research online and my searches led me to believe that what I was suffering from was likely psoriatic arthritis (PsA). I’ve had psoriasis since I was a young child, and my symptoms seemed to fit PSA more than rheumatoid arthritis (RA).

In June, I decided to see a new doctor about the pain and swelling in my hand because it certainly wasn’t improving on its own, and I was concerned about permanent damage.

The doctor said I did appear to be suffering from a flare of some kind, and agreed that PsA was a possible culprit. He prescribed prednisone, which is a potent drug that belongs to a class of drugs known as corticosteroids. It decreases your immune system’s response to various diseases to reduce symptoms such as swelling and allergic-type reactions. While prednisone is a valuable medication that can save lives, it can cause serious side effects, including but not limited to trouble sleeping, muscle pain,  weight gain, swelling, vision problems, mood swings, thinning skin, bone pain, and seizures.

After one round of prednisone, the pain and inflammation in my right hand were gone. I was thrilled.

But a few days after finishing the prescription, my symptoms came back with a vengeance.

My doctor prescribed more prednisone, but said that it wasn’t ideal for me to use the drug continuously. If my flare returned after completing after this round, he said, I’d have to see a rheumatologist.

I would likely be prescribed a drug called methotrexate, he explained.

Psoriatic arthritis and similar conditions (like RA) can cause joint damage and impair joint function, so it is important to do something about the inflammation.

Methotrexate is a potent drug – it is used to treat certain types of cancer or to control severe psoriasis or rheumatoid arthritis that has not responded to other treatments. It belongs to a class of drugs known as antimetabolites. The drug works by slowing or stopping the growth of cancer cells and suppressing the immune system. The possible side effects are terrifying…and include death.

There was no way I was going to take methotrexate.

So when the flare returned after round two of prednisone, I knew I had to find safer alternatives.

My health – and my joint function – was in my hands (literally and figuratively!).

I have always been health-conscious and consume a healthful diet most of the time (by “diet” I mean way of eating). Avoiding gluten was something I’d been doing for a while, because I know it has been linked with joint pain and inflammation. Healthy fats have long been part of my diet, and I love fruits and vegetables.

I suspected there wasn’t anything dietary that was triggering this PsA flare, so I began to explore other remedies.

That’s when I remembered reading posts from an acquaintance on Facebook who makes CBD oil. She often wrote about her tinctures and how much they help people with a wide range of ailments.

In September, I contacted her and ordered a bottle of CBD oil.

Within two days of use, my right hand was back to normal. The inflammation and pain were completely gone.

And guess what? It has been normal since – no pain, no inflammation, no swelling. It looks and feels like I never had a problem at all.

My energy levels are higher as well.

I’m certainly not saying that CBD is a miracle treatment or a cure for anything.

But my results continue to astound me, and I’m grateful that I made the decision to give it a try.

My experience was so positive that I keep a bottle of CBD on hand just in case I feel a flare coming on. And, it is why I’ve decided to become an affiliate with Organica Naturals CBD.